Mean Girl: Should Her Obituary Tell the Truth? 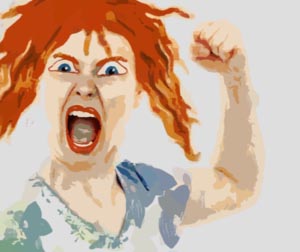 The obituary for 94-year-old Wilma Black, written by her eldest daughter, was so blistering that it went viral. In the name of truth, the obituarist accused her late mother, other family members, and her mother’s medical staff of acts ranging from adultery to deception, neglect, and malpractice. The most scalding remarks were reserved for her brother:

“[Our mother] died alone on Dec. 22,” the obit concludes, “and was buried when Dave and his mistress returned from their Dec. 25 vacation to Oregon.”

Sheesh. A bit passive-aggressive, aren’t we? You can tell the truth without excoriating someone who’s no longer here to defend herself. Those who know the person can read between the lines.

It’s best to vent your feelings while the scumbag(s) in question is/are still alive. And if you’re pissed off at your brother or uncle or cousin, have it now out mano à mano—or girlo à girlo. Don’t unload publicly in someone else’s obituary. Try to let it go and move on. If you can’t forgive and forget—and sometimes you shouldn’t—take up your grievances with the local prosecutor, your attorney, or your therapist. Save the cheap shots for Thanksgiving dinner, like everyone else.