Is Hospice the Only Thing Americans Agree On? 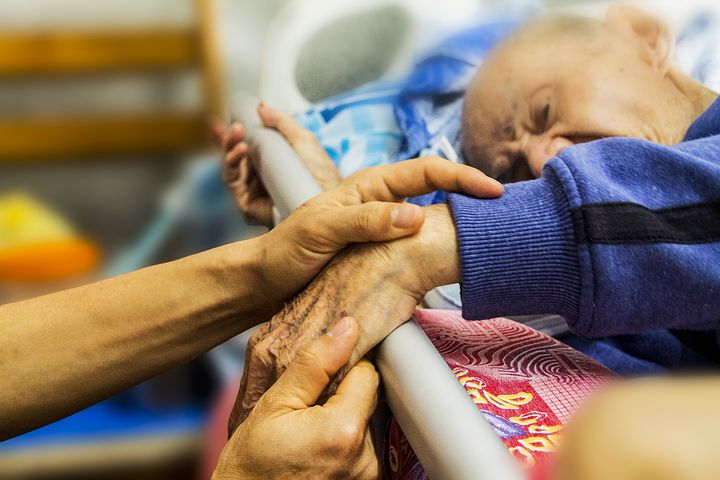 The nation’s 4,000 hospices, 60% of which are not-for-profit, offer skilled nursing care, control of pain and other symptoms (such as shortness of breath), depression screening, and bereavement support. According to the National Hospice and Palliative Care Organization, 46% of all people who died in the United States in 2014 were in hospice care (up from only 18% in 1998).

My dad was one of them. He was diagnosed with heart failure the day my folks returned home from a long road trip. The moment it became clear he wouldn’t survive without extraordinary measures, which he didn’t want, hospice care was arranged. He was allowed to die at home, “surrounded by family and friends”—a phrase that’s…let’s just say overrepresented in obituaries. His hospital bed was set up right in the living room of my parents’ South Florida condominium. Too weak to speak, my father followed my mom with his eyes, willing her to drop the dishcloth or furniture polish or laundry basket (her way of relieving stress) and come sit with him. And she did, for hour upon hour. We held his hand and sang Christmas carols—who cares if it’s March?—and played Johnny Cash (not enough Johnny Cash) and fed him tiny spoonfuls of his sister’s buttercream frosting. If there’s such thing as a good death, this was it.

All the while, a hospice nurse—rarely the same one twice—sat nearby, close enough to intervene when my father showed any sign of pain or distress, but far enough to give us our space. A doctor dropped by now and then to review the nurses’ careful notes, examine my father, write prescriptions, and order any new services he needed.

The U.S. Centers for Medicare and Medicaid Services (CMS) reports that when the Medicare hospice benefit was introduced in 2000, about half a million beneficiaries received hospice care. By 2015, that number had climbed to 1.4 million. According to the New York Times, family satisfaction with hospice care is 98%. It may be the only thing Americans agree on.