Saying Goodbye to My Dad 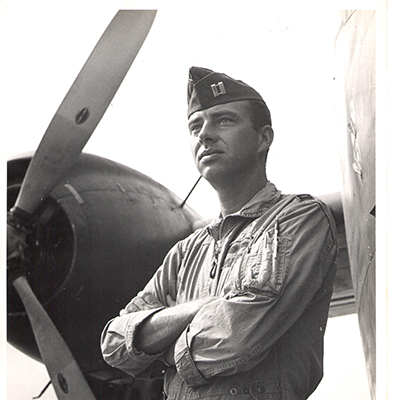 Writing this piece for Slate in 2014 is what first got me thinking about the role of technology in saying goodbye to a loved one. This story was really personal to me, especially the last nine or ten paragraphs. I hope you have a moment to read it. Spoiler alert: I did get to say goodbye to my dad in person, not just on FaceTime. I’m glad he lived long enough for me join him from out of state. When someone dies unexpectedly, such as by suicide or violence, you don’t get a chance to say goodbye.

As a person nears the end of life, he begins to withdraw as he prepares himself to die. While he could still speak, my dad expressed curiosity about what, if anything, came next. What he was reckoning with, I believe, was not so much his own death, but the idea of losing his family. More specifically, he was very attached to my mother. They’d been married just shy of 52 years, and she’s still a beautiful, energetic, cheerful woman. As he’d slowed down, she’d become attentive to his every need. They seemed happier than ever those last 10 years or so. My dad was also close to his only grandchild, who was then a young teenager.

The look of anguish that passed over his features periodically was the face of grief. He was saying goodbye, however unwillingly, to us. Each of us was losing a father or husband or grandfather—he was losing his wife, daughter, son, and grandson all at once. That didn’t occur to me until after he died. I wish I’d realized it sooner. Maybe acknowledging it would have eased his burden. Being too weak to speak meant that he’d had to deal with his grief alone. It must have been crushing. Still, it’s how he wanted to go—he and and my mom were actually on a cross-country road trip up until 3 weeks before he died. He began to have breathing difficulties and then declined rapidly from heart failure. He died at home in hospice care, a wonderful service for which my family and I will always be grateful.

These days, most of us think of death as a celebration of life, rather than an occasion of unrelieved sorrow. That’s the premise on which this whole blog rests. I just wish there were a way to help people experience their own deaths that way, too. 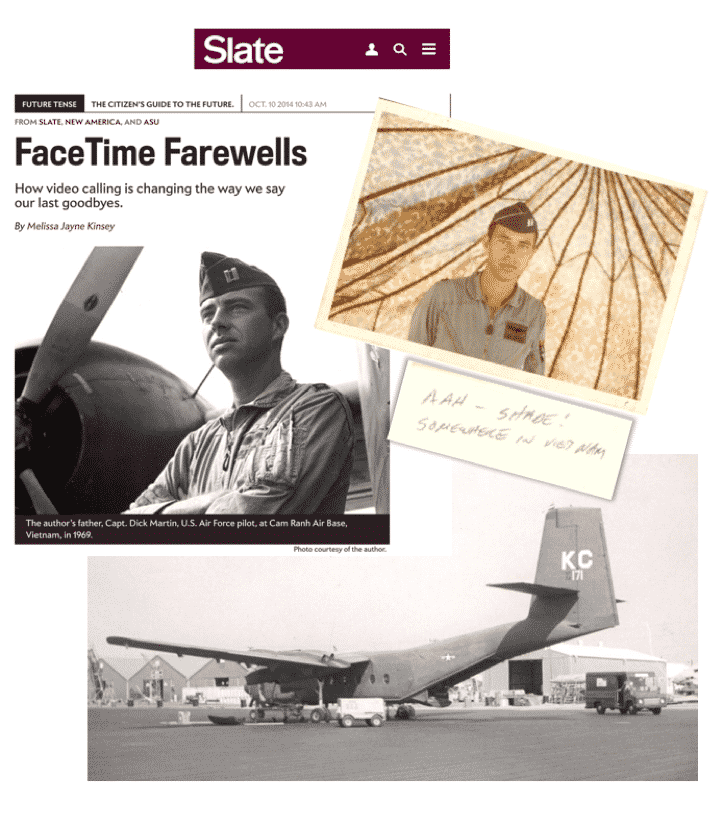 (Main image shows Capt. Richard L. “Dick” Martin, Cam Ranh Air Base, Vietnam, 1969, standing next to a C-17 Caribou like the one pictured. I found these snapshots among his Vietnam photos. On the back of the color photo, he wrote “Aah—shade. Somewhere in Vietnam.”)