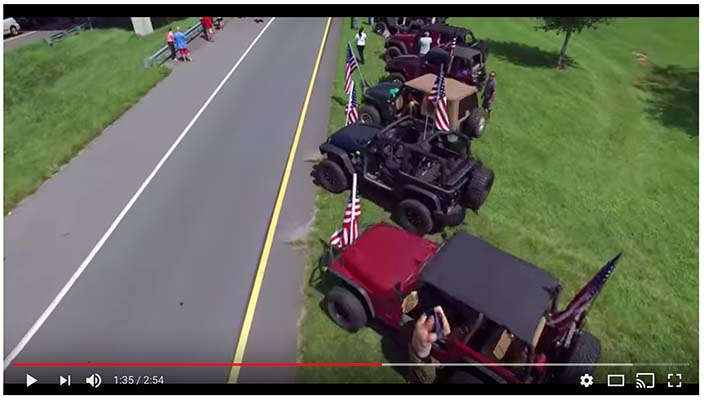 Live-streaming of funerals has become commonplace, and the resulting video makes a great addition to your obituee’s virtual memorial. But filming funeral processions with drones? Well, that’s a twist.

Lance Cpl. Skip Wells, age 21, was the youngest person killed in the 2015 Chattanooga shooting rampage. A drone captured his touching funeral procession on video. It glided above as hundreds of cars and motorcycles snaked along the highway, past long rows of cars parked on the shoulder, many of them with American flags draped across their windshields. At the time of this writing in March 2018, video footage taken by the drone has garnered more than 1 million YouTube views. At the end of the procession, the drone hovered overhead, capturing the wail of bagpipes as the urn containing Cpl. Wells’s remains was interred at a columbarium.