Making a Mountain Out of a Dime Bag 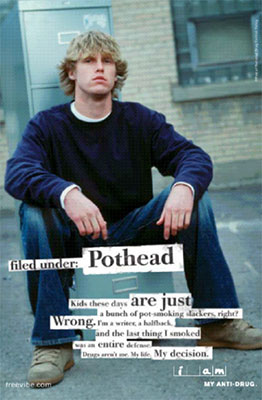 Last year Ryan Saffrhan was shot to death in New Orleans shortly after trying to sell a dime bag of marijuana in a sketchy part of town. The New Orleans Times-Picayune described the event in a hybrid piece that was part news story, part obituary. The paper quoted people who knew Saffrhan, an amiable young guy who had worked as a waiter when he wasn’t selling weed. Pothead or not, he was beloved by those who knew him. “He had the biggest heart of anyone I’ve ever known,” one woman told the newspaper. “He was a really hard-working guy,” said another acquaintance.

Some readers, though, were furious that nice things had been said about a drug dealer. Other readers claimed racial bias was at play in the story, since Ryan Saffrhan was white and his accused assailants were black. Would the paper have written such a positive piece, they wondered, if a black guy had been murdered under similar circumstances?

A few of these angry readers used the guestbook attached to Saffrhan’s online obituary to flame him—that is, take pot-shots at him (no pun intended), just as others have used the obituary itself to air longstanding family grievances and land a few verbal sucker punches. Sexism and racism in obituaries is nothing new, and it’s understandable why some folks might have drawn that conclusion. But eventually the author of the Picayune story had to step in to calm the uproar: “I am African American…and I can absolutely assure you there is no racial bias in how I report these stories,” she said. “We reach out [to families of the deceased], [and] the people who knew them tend to share the best of the person who died.“ Remember, this kid was selling weed, which is now legal in eight states and the District of Columbia. Deep breath. Let’s fact-check our own assumptions, stop being judgy, and try to be kind to one another, especially when things go as terribly wrong as they did for Ryan Saffrhan.