Digital Objects Are a Virtual Rip-Off 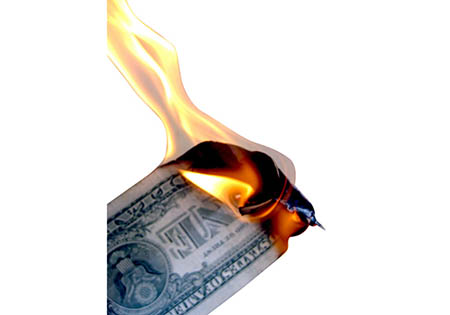 Virtual candles and flowers in an obituary or virtual memorial are similar to Like buttons—you click a white lily, for example, to show you’re thinking about the departed. That’s cool. But some memorial sites charge visitors a steep fee for the privilege. Look, I’m all for capitalism. But charging mourners for these digital objects is the virtual equivalent of selling them pet rocks: Buyers receive little or nothing of real value in exchange. At least when you create a geosticker for a funeral you’re getting a product that has some aesthetic value (that is, it functions as a digital picture frame and memorial keepsake).

Virtual roses, candles, trees, and whatnot are part of the “digital objects” or “digital artifacts” market. One academic who studies this trend, sometimes called “virtual consumerism,” explains it simply: “Selling virtual items for real money is increasingly being used as a revenue model in games and other online services…enticing [people] into giving away their money for nothing.” This market segment now includes more than 187,000 cryptokitties—digital cat drawings that were once collectively worth almost $18 million in blockchain-based cryptocurrency. Collectors—speculators, really—create, buy, and swap the kittens. Each feline is made of code and has its own unique set of “genetic” traits, known as “cattributes.” Oy, vey.

But cryptokitties aren’t the only digital objects causing a stir. Panic swept through the Second Life community when one player announced that “thousands of virtual rabbits in Second Life are going to die of starvation today, as their digital food supply has been taken offline.” Players of a game called Magic Online buy digital card sets with names like “Fate Reforged” and “Dragons of Tarkir,” sometimes reselling these digital artifacts on eBay. Fans of the IRL version of the game warn those who buy the cards that “when [the game owner] decides to shut off the servers, *blink*! Your digital objects become useless.”

If you have cash to burn, by all means—light a candle for the low, low price of ten bucks a month. If you decide to keep it, you’ll pay not $100…not $80…not even $59.99. If you light a perpetual candle today, you’ll pay just $50! Hurry, offer ends soon. (Terms and conditions apply. See your payday lender for details.)

For more on virtual memorial sites and apps, download this spreadsheet comparing the features and cost of about 90 different products. (No registration required—no malware—no catch.)