Is Digital Immortality a Creepy Concept? 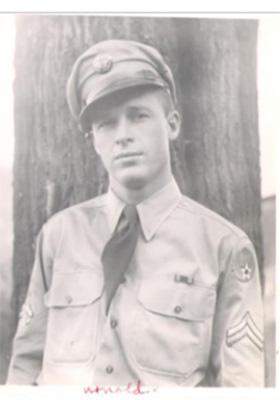 Folks say your life stays on the internet forever, as if digital immortality were a creepy or sinister prospect. We’ve been warned about posting racy Spring Break photos so many times, it’s become a cliché. But is it possible that our Facebook and Instagram photos will be all we leave behind? Today, everyone takes pictures—thousands of them—but no one prints them. They last until you lose your phone, or until the technology on which the images are stored becomes obsolete, leaving selfies and Eiffel Towers and sweater-wearing chihuahuas frozen in time. They’ll remain trapped there as surely as if they were on slide film. We’ll end up with entire generations of people who don’t have baby books because their parents never printed any of the thousands of photos they took with their iPhones and Galaxies. Likewise, most of those photos our parents and grandparents stuffed into shoeboxes will never see the light of day again. My favorite vintage store has a bin of photos fiilled with black-and-white shots snapped by people who died with no relatives to take custody of the family’s visual legacy, or at least with no relatives who cared to do so. It makes me unspeakably sad to see all those photos of toddlers lined up by height in front of tinsel trees, little girls clutching Chatty Cathy dolls, and young men in uniform, home on leave for a few days. Memories for sale.

But maybe having digital immortality is a good thing. Take this handsome World War II soldier, for instance. What do we know about him? Only what my great-aunt wrote by hand on the front and back of a faded snapshot. He was a family friend, Cpl. Thomas Arnold Brown, who lived in or near Belleville, Illinois. The photo was probably taken in August 1946, around the time of Brown’s wedding to a woman whose maiden name was Belton. Judging by Cpl. Brown’s expression, it’s obvious he’s been to war. No false bravado there. Just a world-weariness it would be impossible to feign. The contrast of that look with his fresh face is striking. But when this pic was taken, the war was over, and Cpl. Brown was home and about to be married. He had his whole life ahead of him. Now, in late 2017, he’s most likely gone. No digital immortality for him.

Such a shame we can’t pick up Cpl. Brown’s trail online—at least not without an Ancestry.com subscription. But maybe some Belton or Brown family genealogist will discover this post and be proud to find such a dashing young soldier in the family tree. If Cpl. Brown had had a Facebook or Instagram page, we’d certainly know more about him. All the better if he’d had an online obituary or virtual memorial that had somehow been maintained for 70 years. Outfits like Eternime, Eter9, and LifeNaut take the idea of digital immortality even more literally. They’re developing avatars that supposedly will allow us to live on digitally and let our survivors chat with us after we’re gone. Failing that, at least they’ll have our Spring Break photos.