Dealing with Opioid Overdose in an Obituary 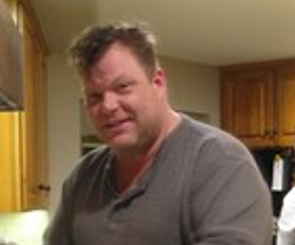 Humanizing People Who Die of an Opioid Overdose

Every day, a shattered family posts an obituary for a loved one lost to a drug overdose. Today it’s David Mehring’s family in Ohio. David, 47, was “caught up in the Cleveland drug epidemic and perished from an accidental heroin overdose.” In choosing to disclose David’s cause of death, the Mehring family helps humanize the opioid epidemic. And putting a human face on things changes hearts and minds in powerful ways.

We’ve seen this phenomenon in the the fight for gay rights: The more people came out to their families, friends, and colleagues, the less alien gay people seemed and the more cruel and wrong it seemed to deny them their fundamental human and constitutional rights. The same thing could happen as more families speak out about losing a loved one to opioid overdose and as more people recovering from addiction talk about the “affliction,” as it’s called on the Dopey podcast. People who think addiction happens only to the poor, the homeless, the overindulgent, and the weak change their minds when they learn that their son or their yoga teacher or that kid they used to babysit has an opioid addiction or has die of a drug overdose. Just as the law changed for the gay community, granting them legal right to marry, public drug policy is likely to change as attitudes toward opiate addiction (heroin and codeine, for example) and opioid* addiction—and attitudes toward drug use in general—shift.

Remember the Person, Not Just the Addict

As you write an obituary for someone who has overdosed, it’s up to you and your family to decide whether to disclose the cause of death. Either way, try not to let your loved one’s premature and senseless end become the only focus of the obituary. It’s understandable—sometimes the writer is so awash in grief, you can feel it in your gut. But try to cut through the fog and recall the obituee at his or her best. A good way to start is to tell a story that represents the kind of person he was, as Kory Baker’s mother did in describing her son’s soft spot for his hamster, Kristin. (Yes, you read that right. As a boy, Kory named his hamster “Kristin.” Adorable, right?) That one story told readers so much about Kory’s personality and character, which he carried with him into adulthood.

Remember, too, that it’s okay to laugh. Be sure to include your memories of fun vacations, inside jokes, or funny scrapes the obituee got into. Describe the obituee’s likes and (especially) dislikes. Before the addiction took over her life, what did she like to do on a Saturday afternoon? The key to any great obituary is specificity. How did she wear her hair? How many lawns did he mow to save up for that tangerine 2014 Dodge Dart? Here’s what I mean:

You can start with a general statement:

[Jennifer] was a high honor student. Also enjoyed playing the game of basketball.

But don’t stop there. Adding a quick anecdote or a few details turns a statement into a story and brings it to life:

We do have to say that she had an awesome 3 point shot. She continued that love of basketball at SUNY Cobleskill College. Helped coach basketball for grades 3rd-8th for the Mohonasen’s Lady Warriors with her Dad.

Now we can picture Jennifer wearing a SUNY sweatshirt, hair in a ponytail, standing on the sidelines with her dad, shouting instructions at a group of unruly kids on the court.

Each Opioid Overdose Is a Personal Tragedy

David’s mother posted some photos with his obituary, and a few things are obvious: David loved his family. He was a dog person. He was a ham who let his friends drape feather boas around his neck at a birthday party. He enjoyed cooking, and he did his fair share of tasting, too. (For more on using photos in obituaries, see Virtual Memorials and Virtual Memorial Websites and Apps.)

But David Mehring is a stranger to me, and probably to you. Why should we care? Because tomorrow there will be another David or Diego or Dakota. In fact, there will be about 130 of them. But statistics, rather than alarming us, have put us at a deceptively safe distance and made the problem seem insurmountable. Soon promises to fix this massive public health crisis will become part of every politician’s stump speech.

I don’t have the answer either, but I’m pretty sure that calling it a “massive public health crisis” won’t tug on anyone’s heartstrings or spur citizens and elected officials to action. Talking about David and Diego and Dakota, though, just might. Here’s how Ryan Hurst’s family wrote about Ryan’s addiction in his obituary:

Heroin didn’t love Ryan, it controlled him; it owned him. It skewed his reality and numbed his heart. It mocked his every attempt to be free, reeling him in like a fish…hooked by the hollow point of a disposable needle.

Holy mother of God. If that doesn’t put a lump in your throat, nothing will.

What’s the difference between the terms “opiate” and “opioid”? According the the U.S. Centers for Disease Control & Prevention, opiates are natural substances derived from the poppy plant, including codeine and morphine. Opioids are opiate-like drugs (the suffix –oid means “similar to” or “close to”), such as methadone and fentanyl, synthesized in a lab. Heroin, hydrocodone, and oxycodone are semi-synthesized. “Opioid” is a catch-all term that can be used to refer to all drugs with opiate-like effects, including the opiates themselves.